Posted by 乐惠 on December 4, 2017 under Brewing Tanks, News & Events 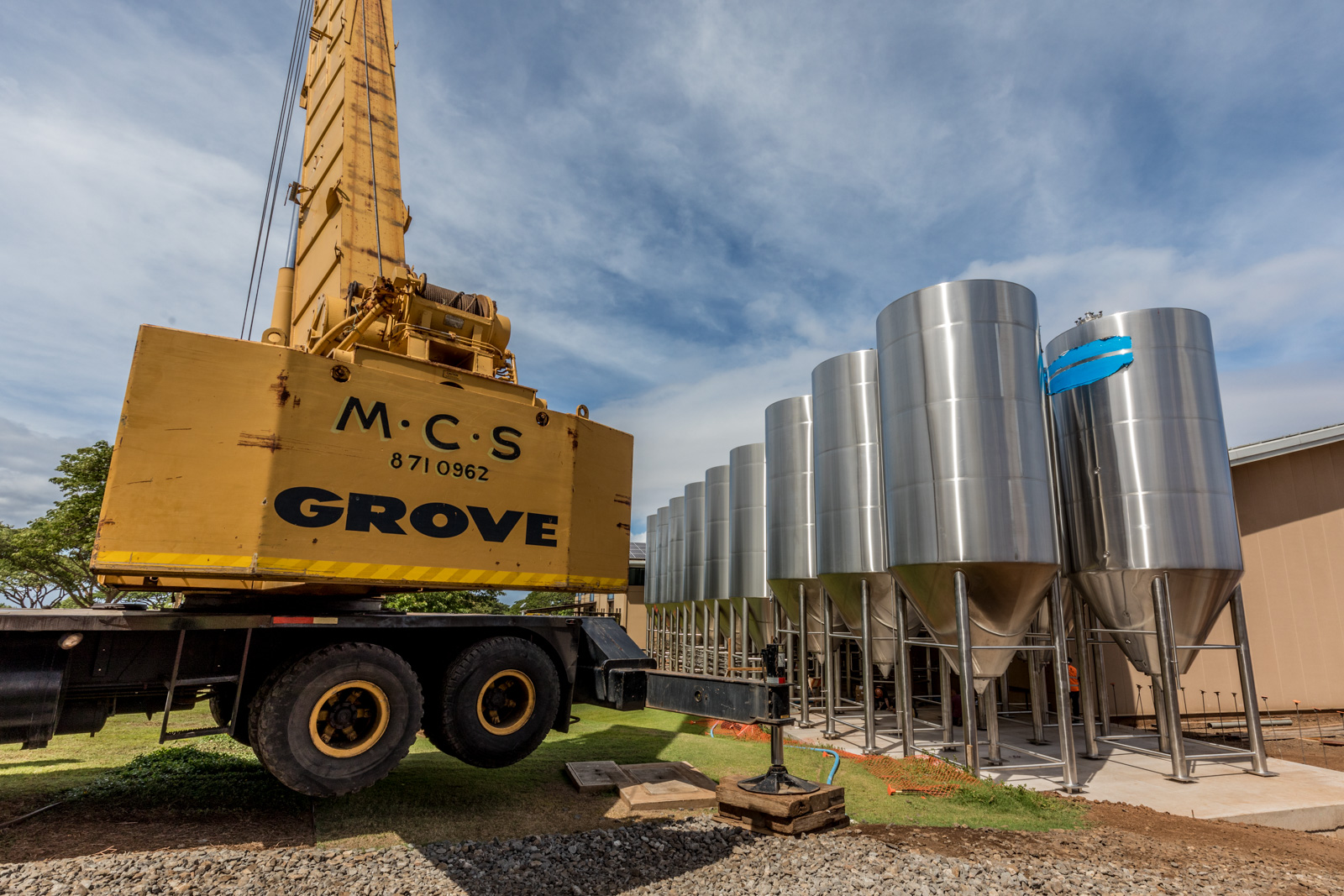 We recently custom-designed and manufactured six 250 BBL fermentation tanks for Maui Brewing Co, which were delivered and installed in October. The outdoor tanks are the latest addition to Maui Brewing’s 5.3-acre brewing facility in Kihei, Hawaii.

The six 250 BBL fermentation tanks are ASME-certified and add a total of 1,500 BBL to Maui Brewing’s cellar capacity. Despite heavy winds during installation, the six tanks made it safely to their new home and are now fermenting island-brewed beer. 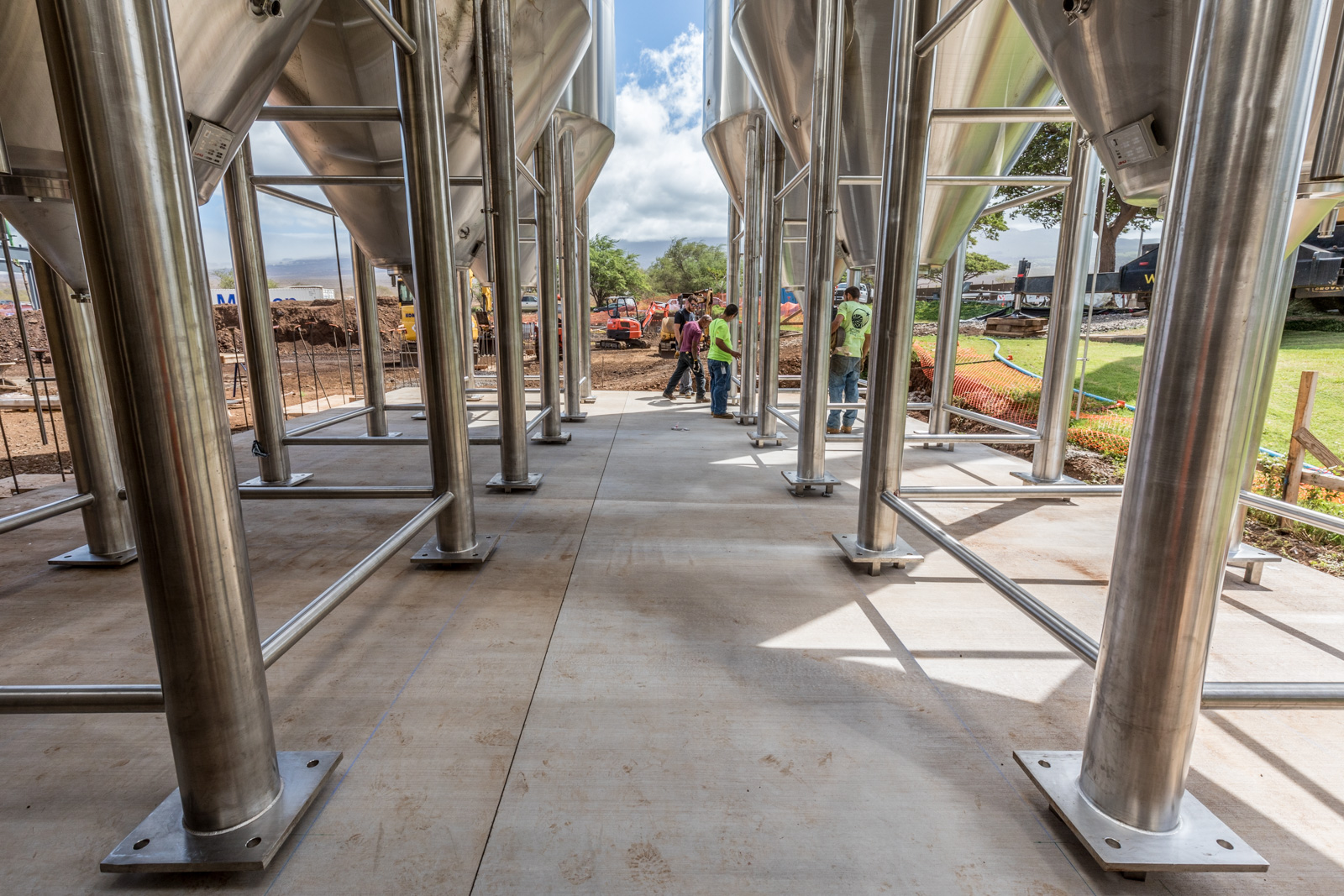 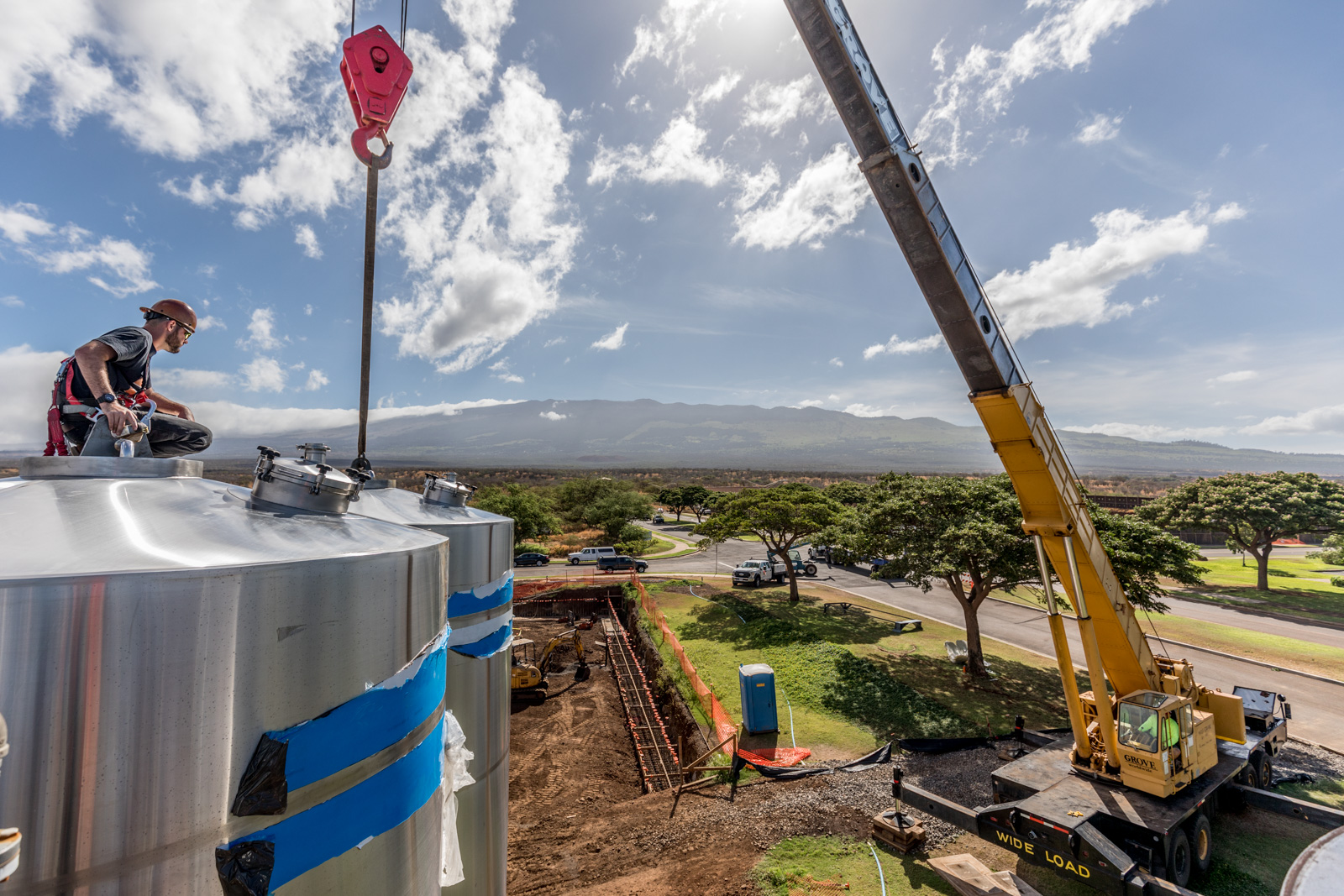 We’re looking forward to seeing Maui Brewing Co’s continued success with the expanded tank capacity, and we’ve been thrilled to find Bikini Blonde Lager, Big Swell IPA, and Coconut Hiwa Porter around our U.S. headquarters in Detroit. Be sure to check out if Maui’s beer is sold near you to get a taste of aloha for yourself!

You can find more information about Lehui Craft’s fermentation tanks here, or request a quote on our website if you’d like an estimate for tanks or other brewing equipment.